Defshop: A Shopfitting Allrounder with style DefShop is one of the largest online shops for urban and streetwear as well as hip hop clothing in Europe. Launched as an online retailer in 2005, the company found its way into over-the-counter retailing in 2016.

At the start of 2018 it sought a partner that covers the whole shopfitting spectrum for the further development of its Defshop Streetstore Concept 2.0. This is where Hoffmann Ladenbau comes into play.

Close cooperation from the outset

“We received the initial enquiry from DefShop via the contact form on our website as we would have expected from an online retailer!” recalls Sales Manager Thomas Ahlers. At that time, DefShop was seeking a suitable company in the shopfittings sector that could bring the young, urban design of the label into the new store in the Köln Arcaden shopping centre. “The chemistry was right from the outset and the companies quickly drew up initial ideas together,” relates Thomas Ahlers and goes on to say, “It was great to be involved in the development process of the DefShop streetstore from the outset. Thanks to our combined expertise, we could provide support, particularly in the area of general contracting services – so we were able to avoid planning errors.”

This central theme was the focus of the store design. This was also the case with the implementation of the new DefShop at Mercedes Platz in Berlin that was launched in mid-October. Rough materials and worlds of colour, such as black lighting grids, stained maritime pine, rust tones and reclaimed wood panels provide an authentic store appearance. The sneaker walls comprise of industrial look sliding door panels on a slotted rail system to allow for flexible use of the display shelving. Graffiti sprayed by the DefShop employees and that now adorns the wall behind the checkout counter and the walls inside the conference room ensures street credibility. Digital components, such as touch screen order terminals and visual screens, are of course an integral part of the store concept.

The new DefSports store was completed at the same time in the Mercedes-Arena (formerly the O2 Arena) just a few metres away from the new DefShop. Whether football, American sports, ice hockey and training: sports fans get their money's worth in an area covering 310 m². All services were carried out here from the construction and planning of the building work through to the furniture production and installation so that the store could be launched just in time for the opening of the Mercedes-Benz Arena. 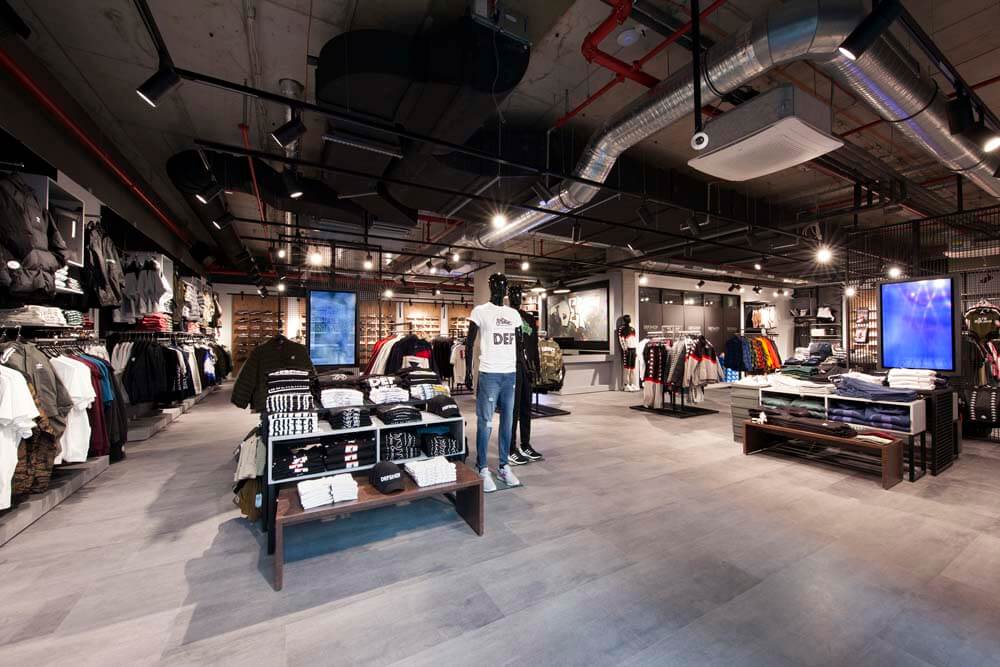 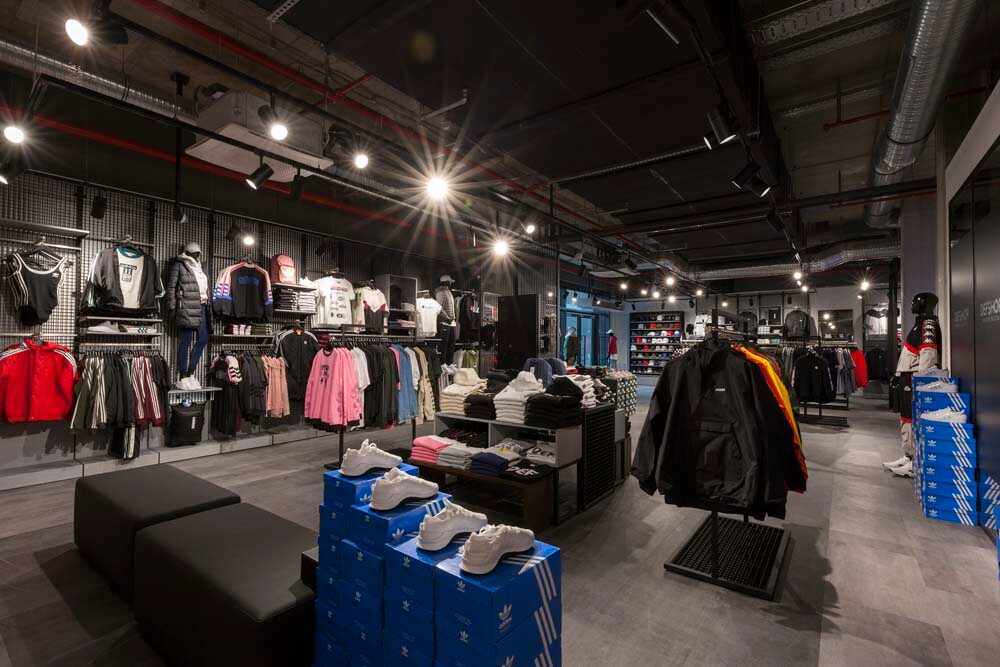 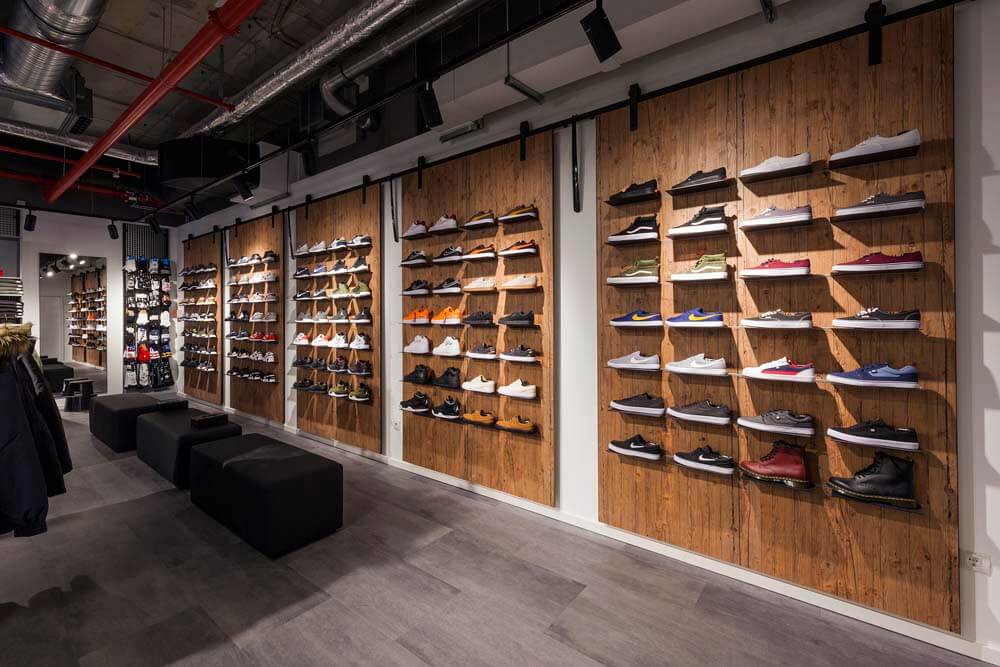 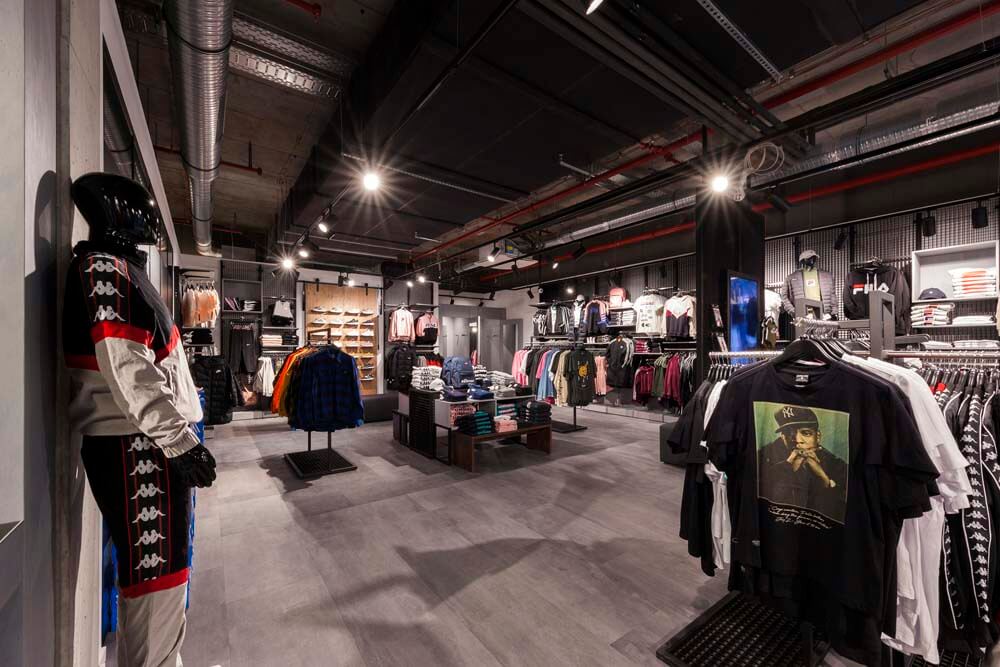 By accepting you will be accessing a service provided by a third-party external to https://www.hoffmann-interior.com/